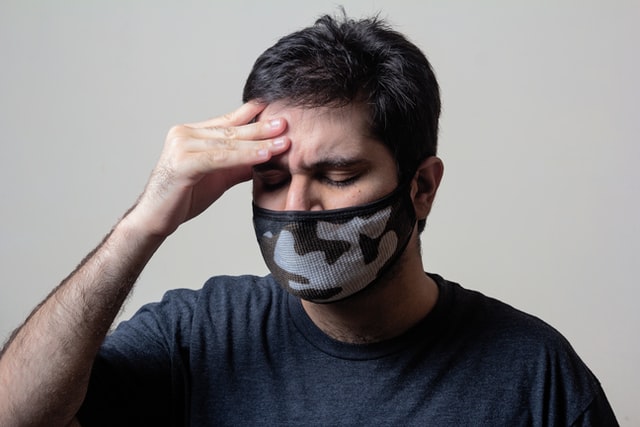 Wearable technology is the new trend in the global market…

And in China, the trend is taking on a particular feature: smog-filtering wearables or wearable air purifiers.

Wearing a medical-grade face mask and installing air purifiers at home, used to be viewed as an over-reaction to air pollution. But today, it has become a necessity for many pollution-weary Chinese.

And some are taking it one step further combining the two layers of protection.

Traditional face masks only aim at blocking pollution, especially PM 2.5 particles. But this can be called “face mask 2.0”. The mask is connected via a breathing tube to a small air purifier, which filters the pollutants and churns out clean air. There’s not much new technology, but you have to say it is an innovative wearable gadget.

Besides the mask, the new wearables also include smog-filtering helmets, scarves, and even headsets. Despite looking different, they function in similar ways.

“The filter screen I’m taking out of the device is new. And you can see the contrast with a used one. It’s just two months after use. Without protection, the PM 2.5 particles now covering the screen could have been inhaled into people’s lungs,” said Yang Chenxue, customer manager of Broad Air Quality Tech.

The micro but dangerous PM 2.5 particles, a major component in smog, have been proven by the World Health Organization to be a cause of lung cancer. This triggered rising fear among the public — and a new market in China.

An online survey by Mintel shows that 4 out of 5 people own a face mask, and the number of air purifiers sold in China quadrupled over the past five years.

Now businessmen are eyeing the potential of wearable air purifiers, in a global market of wearable technology forecast to be worth over 12 billion US dollars by 2018.

“Since I got pregnant, I have to consider the health of my unborn baby. Over the past year, I’ve spent around 20,000 yuan, or 3,000 US dollars, on clean air. I bought two air purifiers, one for my apartment, the other for my car. I also used numerous medical-grade face masks. And now, I’m looking for a wearable purifier,” said customer Wang Juzhong.

But not every investor is optimistic about the market potential.

“There is such an emotional need for people to protect themselves and to be healthy. But it might be hard for a product that is not really medically valid and effective, it might be difficult for a product that is very complicated — you have to wear something that is really big — it might not be a sustainable advantage. So as a venture capitalist, I look for a company that has real technology,” said Andrew Chung, founder of 1955 Venture Capital.

Wearable smog-filtering devices, a market still in its early stages for investors. But for customers, it’s not one they want to see stick around.